My apologies if this post ends up being kind of boring but I feel like I've got to get this out... 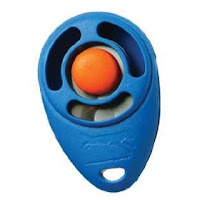 It's come to my attention recently that I haven't been doing this clicker training thing quite right. Well, really I should say that Coriander has told me I'm doing it wrong. In a nutshell- he doesn't get it. Figuring this out has kind of knocked me for a loop. Where did I mess up?
After conducting some research it all boils down to the fact that I didn't really understand what I was doing either. I was incompetent and I didn't even know it. Maybe you've heard of this before- the four stages of competence:

This recent bombshell has slung me right out of stage 1 blubbering and shivering into stage 2. Now I'm trying to claw my way into stage 3 by learning as much as I possibly can. The funny thing is while I was doing my research I ran into this description of the horse's stages of clicker training from Katie Bartlett's site:
It appears that Coriander's been stuck in stage 2; amazingly, I would put Gwen in stage 3. I think because I've taught her more behaviors than Coriander she's had more of an opportunity to "get it." She also has a much more cooperative personality than her brother does. Not to say that he's not cooperative, he just needs more of a reason for doing things than she does. Consequently he's a great teacher. Love your horses for all their characteristics, folks. You never know what they'll be worth.

Anyway, back to my research. I bought a copy of Karen Pryor's, "Don't Shoot the Dog," and I'm SO happy I did. The title is a bit of a misnomer- this is not a book about dog training, there is some dog training in it but that's not the focus. The point of the book is to explain what operant conditioning and positive reinforcement are and how to use them to train any being with a central nervous system. Including people. Get a copy, you won't be disappointed.

Since I'm still casting my net far and wide to find the best sources of knowledge, I was excited to find this excellent quote from Bob Bailey that Mary just posted on her site, "Animal training: Simple, but not easy," along with the trailer for one of his operant conditioning videos (that video is on its way to me now). Boy is he ever right about that. I can't wait to watch that video.

In the meantime I'm going to continue playing with Coriander, trying to get the light bulb to turn on. First up, advanced targeting. Wish me luck!
Ramblings courtesy of smazourek at 12:56 PM