I have the Ansur!

And it is beautiful! 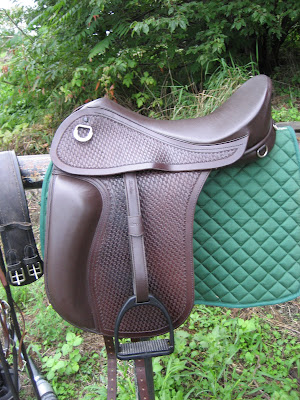 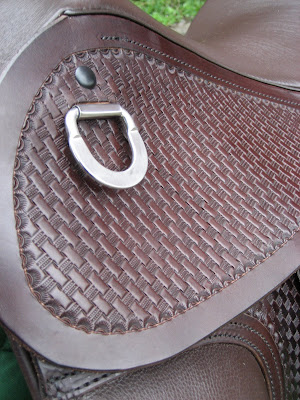 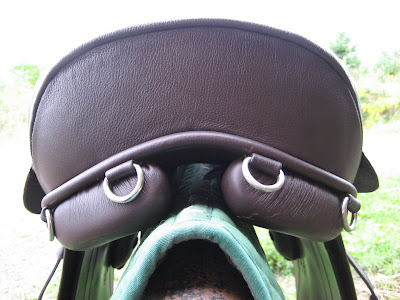 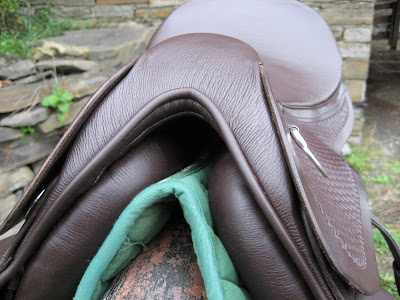 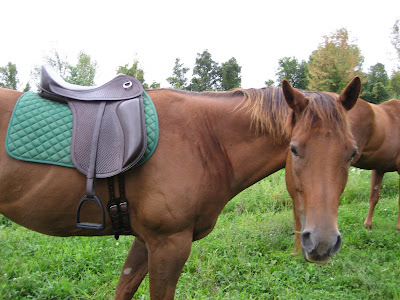 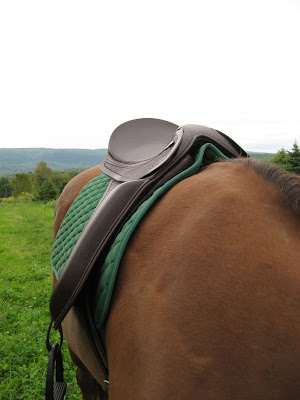 I received it last Saturday and have been holding off on posting about it so I could give an educated opinion. So far my educated opinion is that I love it. It's very comfortable for me (though it did take a few rides for my legs to get used to being under me instead of in front of me) and best of all Coriander seems to be pretty happy with it. Our mutual communication is clear as a bell in this saddle too, he has been super responsive to my tiniest signals, especially at the halt: I exhale and start to sit and he's already stopping. It's also easier for me to feel my diagonals, something I've always had a hard time with.

We had a lovely experience with it last week when I put the Ansur on him and ponied Gwen with one of the Crosbys. I wanted her to get some more dynamic movement with a saddle on so we did more trotting and  even tried a canter. There I was on Coriander who had a lovely rocking-horse canter on the buckle and Gwen was cantering away right next to us. It was wonderful.

I'll just ignore that he was a bit pitchy last night, though it did give us a chance to work on halt/trot transitions going downhill. If he's going to buck at the canter then by golly he's going to work until he doesn't feel like bucking anymore. Don't feel bad for him, he was mad at me for not going where he wanted and it was a lot cooler than the last time I rode so he was feeling uppity. It was just one more test for the saddle- which stayed in place through it all.

I am having issues with my girth, I can't seem to get it tight enough. It doesn't have any elastic and has lots of loops to keep the flaps down, that makes it a little hard for me to tighten it adequately from the ground and I can't do it at all from the saddle. I've reached down mid-ride and found the girth that was tight when I got on  hanging loosely under his belly. Shockingly the saddle still felt stable with only a little slippage. Still, I've just ordered another girth so that problem should be fixed next week.

Gwen's worn it too, though I haven't gotten on her yet.  I tacked her up with it last night, brought her to the mounting block and asked for neck flexions. Then I leaned over the saddle a bit, slapped it and moved the stirrups around. She was feeling a bit spooky and I was feeling a lot chicken so I didn't swing a leg over. My timeline for that is sometime in the next two weeks, when she's feeling soft and I'm feeling confident it will happen. Or I'll stock up on Valium, whichever comes first.

So far so good, I'm hoping for many years of happiness with this saddle!
Ramblings courtesy of smazourek at 1:12 PM